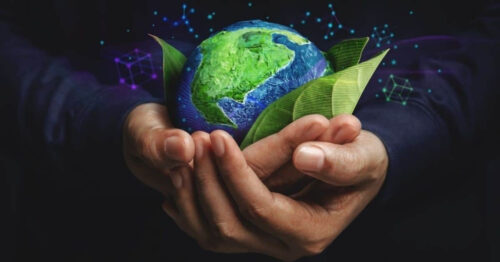 Welcome to 2023! The new year offers a fresh, bright new start for many, but in other parts of the world, hunger pains are growing. The World Food Programme estimates that by the end of last year, an unprecedented 345 million people were facing food insecurity, with 50 million of those on the brink of famine.

Global food prices have soared as the war in Ukraine has raged on and dried up supplies, with Russia and Ukraine two of the world’s five biggest exporters of barley, maize and sunflower products. With the majority of Russian gas taps set to off, production of fertilizer has dropped dramatically. And on top of all that, climate change and the extreme weather events that come with it, is wreaking havoc everywhere.

These are just some of the many immediate and complex environmental, social and governance (ESG) challenges that companies around the world must face in 2023. As a senior business executive or board director, you can only make the right decisions for your company if you yourself are informed properly. And that is why signing up for one of our world-class ESG and Climate education programs should be top of your resolutions list.

1. ESG is still a political football. The ESG political debate is showing no signs of going away in the new year. On January 3, Kentucky became the latest state to warn major financial organizations of potential divestment if they continue their “boycott” of fossil-fuel companies. BlackRock, Citigroup and JPMorgan Chase were three of the 11 companies notified by Kentucky State Treasurer Allison Ball, following similar actions in 2022 by Texas and West Virginia. On top of that, 19 state attorneys general signed a letter to BlackRock last year accusing the asset giant of using ESG investments as a way to “force the phase-out of fossil fuels, increase energy prices, drive inflation and weaken the national security of the United States”.

2. Pay to play. Increasing numbers of major American companies are incorporating ESG factors in their executive compensation programs. According to a new report by WTW, more than two-thirds (69%) of S&P 500 companies plan to use at least one ESG metric in their executive pay plans. Social metrics, which include human capital, were the most common measures, followed by governance (risk management and corporate social responsibility) and environment (climate change and carbon emissions reduction). WTW analyzed the disclosures of 885 of the largest public companies in the US, Europe, UK and Canada for the report.

3. Future planning for boards. KPMG has published its outlook for the coming year for board directors. The 2023 Board Agenda has nine key themes for directors to consider as they address governance and oversee the risks that lie ahead for their companies:

4. Stakeholders demanding greater scrutiny. The rising tide of ESG disclosure regulations and reporting obligations are fast becoming the main driver of ESG initiatives at American companies. That is the top finding from a new report, An ESG Snapshot: As Pressure Increases, Who’s Doing What and How?, by legal firm Thompson Hine. The report reveals that the majority (79%) of public companies are preparing for the US Securities and Exchange Commission (SEC)’s disclosure rules this year, but only 30% of private companies have got ready. Reporting Scope 3 emissions is also a big topic: just over a third (36%) of public companies were planning or reported on these in 2022, with only 13% of private companies following suit. Other regulations, including the European Union’s Corporate Sustainability Directive and International Sustainability Standards Board requirements, are also on company radars (66% and 34% respectively). Thompson Hine surveyed more than 120 in-house counsel and other senior business executives at leading American companies for the report.

5. Renewable power surge. A recent report by the International Energy Authority (IEA) has revealed a welcome upside to the global energy crisis. Renewables 2022 anticipates that due to the rapid growth in renewable energy installations, the total capacity of renewable power will double in the next five years, making it the world’s largest source of electricity by overtaking coal. This is despite the fact that worldwide coal demand hit an all-time high last year of more than eight billion tonnes, with China, India and Indonesia all having record output. The IEA predicts that global renewable power capacity will surge by 2,400 gigawatts over the next five years, the equivalent of China’s current entire power capacity.