Don’t Look Up: An unsubtle satire about climate change 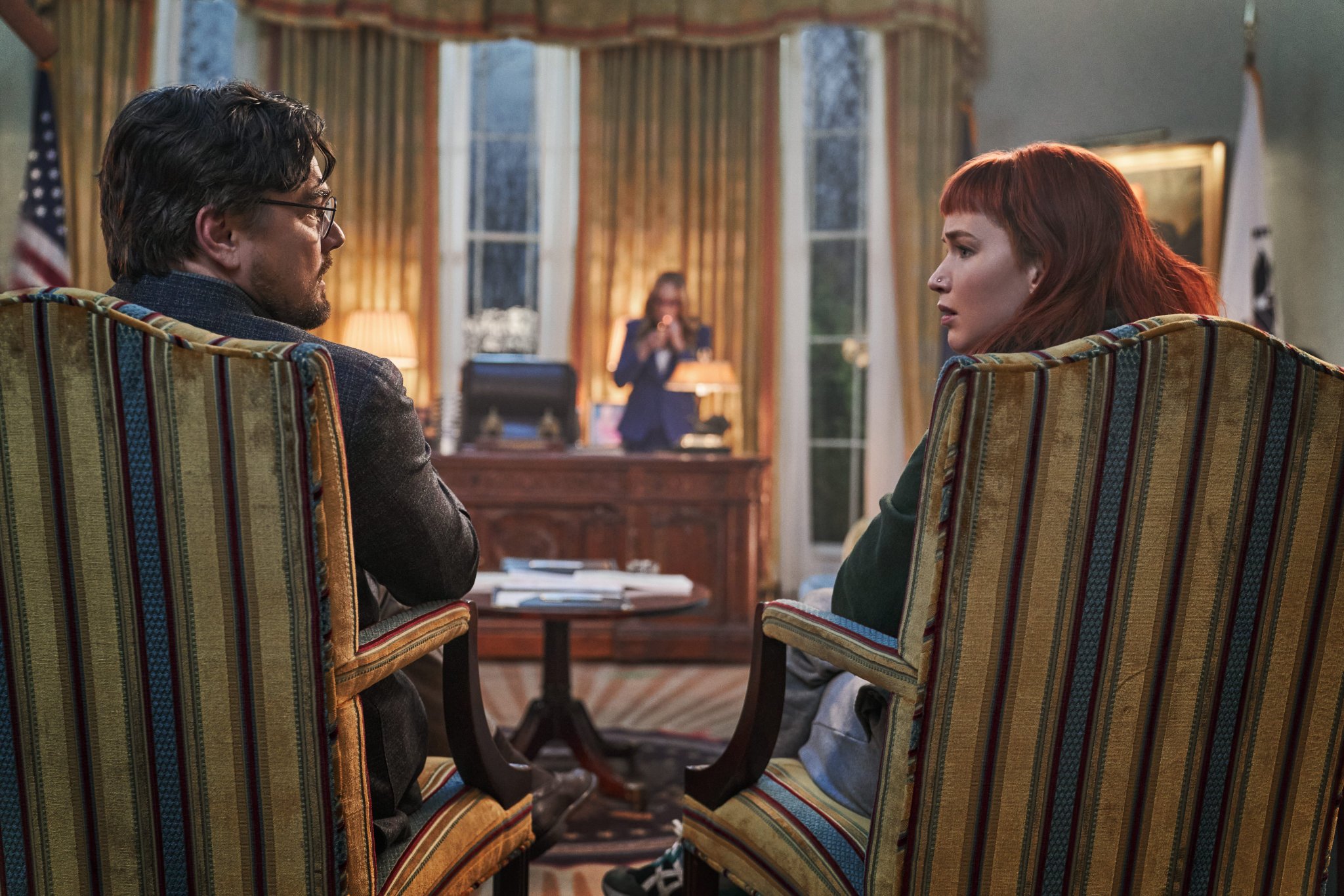 Like many over the holidays, I watched Don’t Look Up directed by Adam McKay (The Big Short and Vice) on Netflix. It boasts an impressive A-list cast. Leonard DiCaprio and Jennifer Lawrence play two astronomers who discover a massive comet headed for Earth that has a 99.7% certain impact in six months’ time. Deemed a “planet killer” in the same way that the Chicxulub comet did for the dinosaurs 66 million years ago, this would be a scientifically certain event that will wipe out all if not most living things.

DiCaprio and Lawrence’s characters throughout the movie try to persuade the US president (Meryl Streep) to take urgent action to save humanity. They go on TV, reach out to the papers, basically Chicken Littling whatever it takes to convince the public the sky is falling. Sounds familiar? Yes, because this movie is unsubtle about its allegory for climate change (for one, Leonardo DiCaprio is unapologetically one of Hollywood’s biggest climate activists).

It’s a satire that shows how scientists, politicians, the media and individuals react to scientific facts that are sometimes the “Inconvenient Truth”. The movie holds a mirror to our society through absurd comedy, showing how those that yield power willfully avoid taking action, mislead the public, bend the truth and distract us. It also reflects science denial, the communication disconnect of science and facts, and the powerlessness to act on the individual level.

While Don’t Look Up is, at its core, about climate change, they have erred on a basic premise. Climate change is not a comet strike. There is no explicit six-month countdown; it is happening right now, we are in the thick of it.  We don’t have time to stop climate change like they theoretically could stop the comet in the movie.

Still, we must not be paralyzed to the point of inaction, because we now have the means to manoeuvre the climate crisis. According to the UN, “the climate emergency is a race we are losing, but it is a race we can win”. We can still avoid the worst of it.

However, it becomes a matter of will we act? And that is one of the bitter portrayals in the film as Streep’s US president says to “sit tight and assess”. If any of the news from the last year has shown us, we don’t have this luxury.

Understandably, it is quite easy as an individual to feel anxious about what can you really do about climate change. We may feel like we don’t know enough or what we do is a drop in the ocean. In the movie, that despair is appealed to by saying don’t look at the comet. If you don’t see it, it’s not happening. Well, I’m here to say, “Just Look Up” (I don’t have the pipes to sing it to you like Ariana Grande does in the movie) and we can still do something about it.

Personally, I grapple with all of this on an almost daily basis, but I keep it pushing and I’m glad to be part of a team that is on the side of solutions. At Competent Boards, we focus on equipping individuals like board members, business professionals, and investors with the know-how, empowering these leaders as stewards of the future to make better-informed decisions on ESG and climate issues. Join us, take any of our programs, and together we can make an impact.

Elvin Madamba is the ESG Research Lead for Competent Boards. Follow him on LinkedIn.