Enabling diversity in the boardroom

Once again, March 8 is International Women’s Day, and while each year sees new achievements for women around the world, some areas of gender equality continue to drag behind.

According to Osler’s 2019 Diversity Disclosure Practices Report of 657 Canadian companies, only 18.2 percent of board seats among all the disclosing companies are held by women, and only 3.5 percent of those companies have a female CEO. The report says 24.1 percent had boards consisting of solely men, and only 22.5 percent had targets for increasing the number of female directors — which for five years have consistently fallen short, from a little over 40 percent of the target at the best, to barely over a quarter of it at the worst.

Women still have a lot of catching up to do when it comes to having a voice in Canadian boards of directors. Meanwhile, the fact that just over half of those 657 companies disclosed whether or not they have a written policy specifically for nominating female directors does not ease the situation.

What does ease it is Bill C-25. Since the first day of 2020, Bill C-25 mandates that all public companies under the Canada Business Corporations Act must disclose information about the diversity of their boards of directors and senior management teams. This disclosure of diversity does not only include the representation of women within the boards; it also includes the three other groups listed under the Employment Equity Act too: Indigenous individuals (First Nations, Inuit and Métis), individuals with disabilities and members of visible minorities. In addition to these four mandatory groups, the disclosing companies may choose to report on any other groups they feel add diversity to their boards of directors and senior management teams.

There are specific things companies must disclose as well. From the government of Canada’s webpage about the implementation of Bill C-25:

“Your corporation has to either disclose information about its policies and targets for the representation of the designated diversity groups, or explain why it does not have a policy and targets.

“The information your corporation needs to disclose includes the following:

There is now a legal incentive for companies to be transparent about the diversity of their boards, but there is still, and has always been, both monetary and intellectual incentive for them as well.

The Investment Association, an influential group of 250 individuals in the U.K. with a collective $13.2 trillion in assets, has warned 63 U.K. publicly listed companies that if they fail to meet a minimum of 33 percent female representation in boardrooms and executive committees by the end of 2020, they might experience a significant decrease in investments. This effort is in partnership with the Hampton Alexander Review, which sets and reports diversity goals for the 350 largest listed businesses in the U.K. Their message is clear: a board that fails to be diverse is a board not worth investing in.

As Chris Cummings, the chief executive of the Investment Association has said: “Diversity results in better decision making and plays an essential role in a company’s long-term success. Investment managers have been clear that as a minimum they want to see companies meet this target for gender diversity, and those which fail to do so risk facing dissent in the AGM season.”

The method of pressuring companies that the Investment Association and the Hampton Alexander Review are employing to boost female representation within executive positions is referred to in the field of psychological conditioning as negative reinforcement — something removed to increase the likelihood of behaviour. But positive reinforcement — something added to increase the likelihood of behaviour — is often just as effective and far more rewarding; in this case, the reward is increasing the likelihood of successful corporate behaviour by adding individuals of diverse backgrounds.

In fact, we see evidence of both negative and positive reinforcement across financial institutions. As part of an interview at Davos, Goldman Sachs CEO, David Solomon, openly highlighted the importance of board diversity. The investment bank will not be taking companies public anymore, unless they have at least one diverse board member. Their push for diversity will be primarily focused on women.

According to Solomon, over the span of the past four years, initial public offerings of companies in the U.S. with at least one female director on their board performed “significantly better” compared to those without. This initiative will come into effect on July 1, 2020. Similarly, State Street Global Advisors commissioned a 50-inch tall bronze statue of a defiant girl in front of Wall Street’s iconic charging bull on the eve of International Women’s day 2017. The asset manager followed up the installation with a letter to companies on the Russell 3000 Index, urging them to increase board diversity.

A board of diverse individuals is a board of diverse ideas, each one with their own unique merits. Diversity of gender, age, sexuality, and race bring varied ideas of how best to engage with and market to an equally diverse base of investors and buyers alike — after all, lived experience brings the best insight, for who better to understand what a demographic wants than an individual who is part of that demographic?

If not for the legal mandate of Bill C-25, or any others that might spring up (or have already sprung) around the world, then companies should diversify their boards and executive positions for the simple fact that diversity attracts investors, talent and new ideas. So this March 8, make a pledge to the women in your life, especially those in board positions, to support their ideas and aspirations.

After all, “an equal world is an enabled world.” 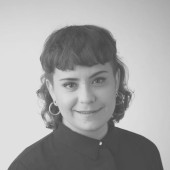 All stories by: Mara Di Loreto
Competence, Curiosity, and Courage | Interview with Helle Bank Jorgensen
Free Virtual Session: What You (and Your Board) Need to Know about the Future of ESG